I have always wanted to fix
London broil but never took the time
to research how to cook it.

Most recipes call to marinate it
for 24 to 6 hours. Well, I can't
think that far ahead... so I tried
a 'quick' version of Emeril Lagasse's
marinated and grilled London broil.
It was delicious. 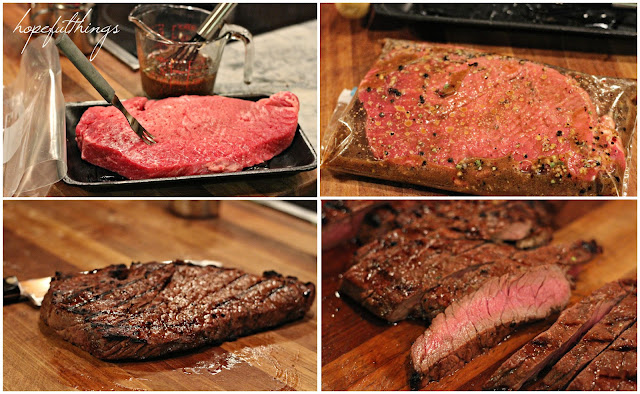 Four easy steps. And you have London broil. 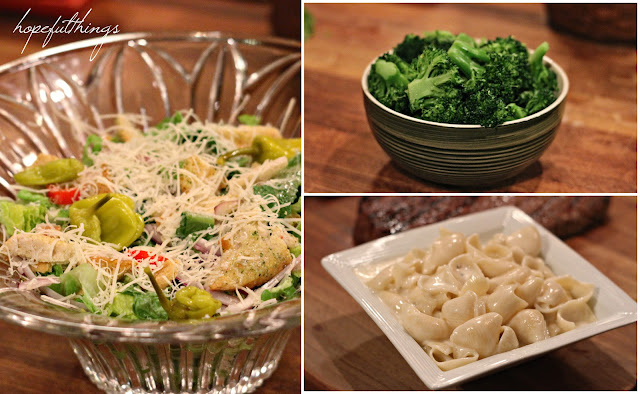 Add three easy sides and you have a dinner.

Stab meat all over with a fork so it can marinate quickly.
Place London broil in a gallon zip lock bag.
Whisk together ingredients and pour in bag.
Let set for 30 minutes to an hour.
Or longer if you want to do as Emeril says.
I feel like 24 hours would be over marinated.
But a little longer than 30 minutes would have
helped break down the meat and tenderize it.
Grill 5 minutes per side. Cover and let stand for 5 minutes.
Slice diagonally. It will be dark pink- don't freak out
this is what makes it tender. It's how it's supposed to be.
Serve with steak sauce.

Email ThisBlogThis!Share to TwitterShare to FacebookShare to Pinterest
Labels: Meat