I always see these mouth watering
photos of steak and cheese subs.
When we have steak it's usually grilled-
but tonight I bought steak just for subs.
It was worth it.
Toasted hoagie bread filled
with juicy sirloin steak,
sauteed onions and peppers,
topped with melted muenster cheese. 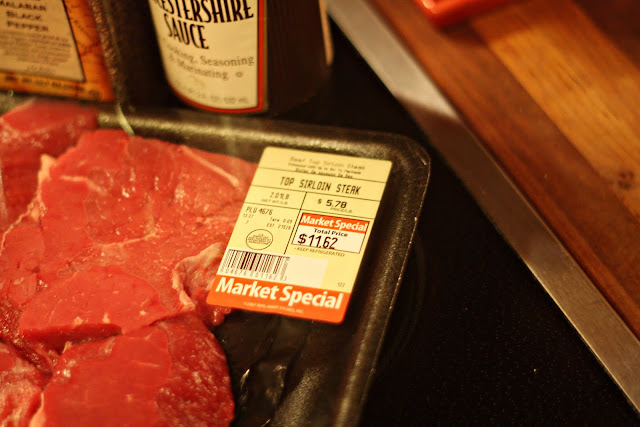 It was around 2 lbs. of steak. 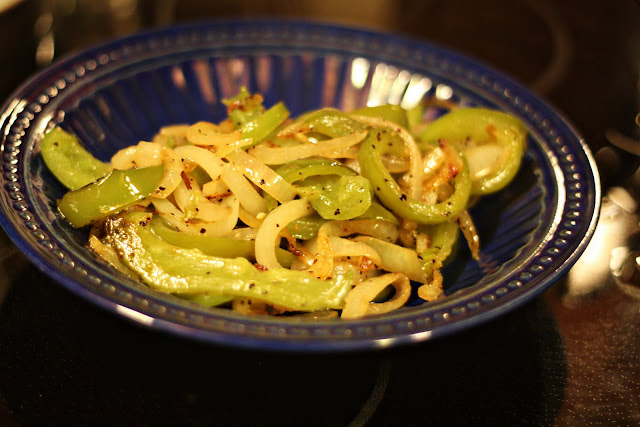 Saute onions and peppers and set aside.
After this photo I got really busy and missed
taking photos of the meat frying process. 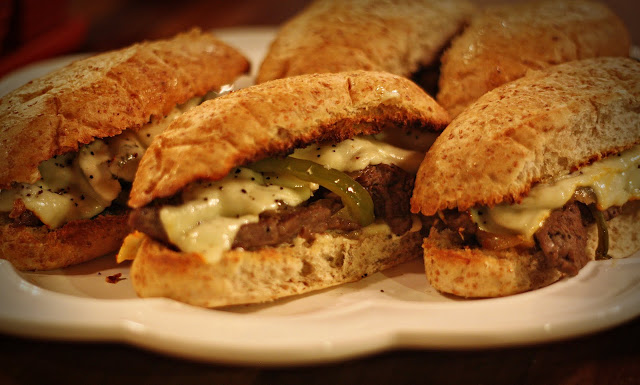 Our neighbor, Tim, ate dinner with us-
he was helping Josh put in an underground fence for our unruly dog.
Just letting you know so you didn't think I ate two and Josh and three.
Steak and Cheese
2 Tbsp. butter
1 green pepper, sliced
1/2 onion, sliced
2 Tbsp. butter
2 lbs. sirloin steak, cut in strips
1 Tbsp. Worcestershire sauce
1/2 tsp. pepper
1/4 tsp. salt
sprinkle with Montreal steak seasoning
slices of muenster cheese
6 hoagie buns
Melt butter in skillet. Add peppers and onions, sprinkle with salt
and pepper and saute until soft. Remove from skillet.
Melt butter and add steak, Worcestershire, pepper,
salt and steak seasoning. Cover and cook on high stirring often. Once
it starts to slightly brown add the sauteed mixture and cook a few
minutes more. Do not over cook. You want the steak to
be pink in the middle. This makes a juicy sandwich.
Cut open hoagie buns and lay on a tray. Spread lightly with butter.
Broil in oven until toasted. Then spread on some mayo and add the
steak mixture on one half of the bun. Top with cheese.
Return to oven and broil until cheese is melted.
Enjoy,
Hope
Posted by Hopeful at 10:31 PM