While cleaning up the house I
was trying to think of a quick
dinner with meat I had in the freezer.


Ham steak came to mind...
then I thought of ham pot pie,
and ham and noodles.


I looked in the Mennonite Community cookbook
hoping for some old fashioned recipe to
fit the ham and noodle family.
"Fried Ham and Onion Gravy with Noodles"
appeared before my eyes, and I was sold.
The recipe had a noodle recipe listed-
and it sounded like pot pie noodles,
but I didn't have the time to try it.
I added this and that and used
noodles that were in a bag, already made.
Fried ham, smothered in a creamy, onion and white
bean gravy, served over a bed of noodles. 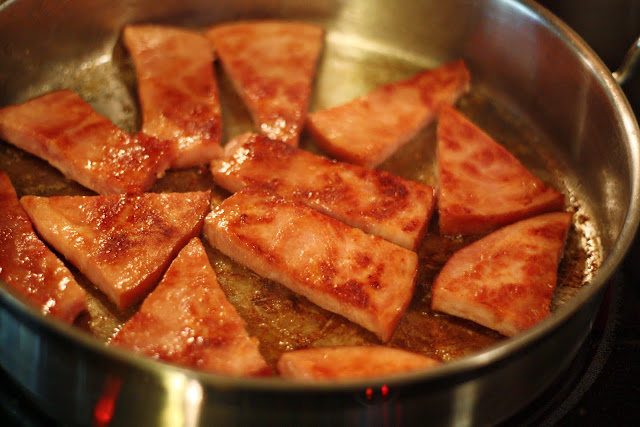 Fry ham in a little butter and remove from skillet. 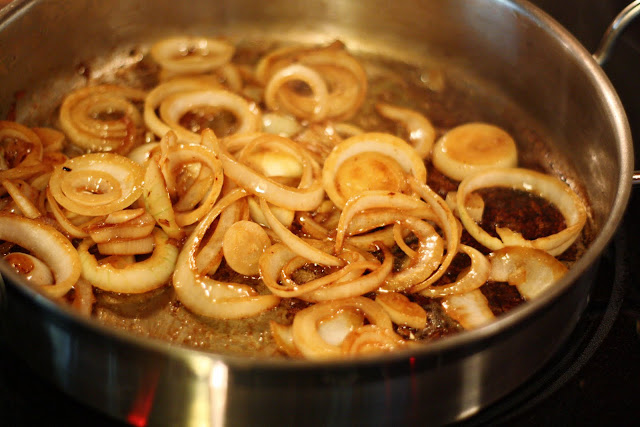 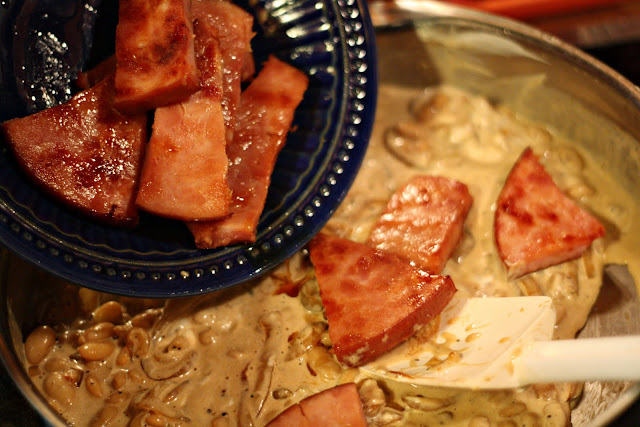 Make onion gravy and add the ham back to your skillet. 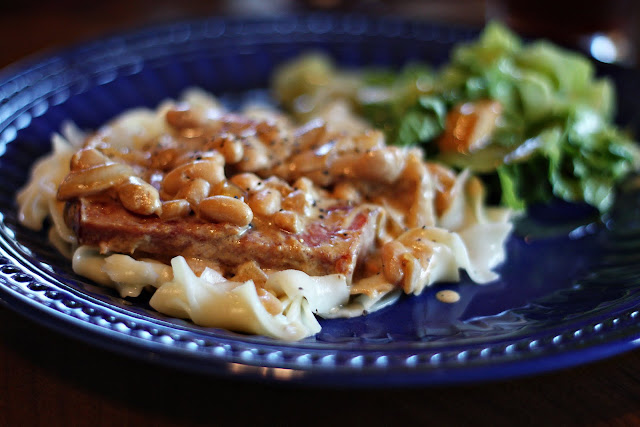 Serve on a bed of noodles and you have a hearty meal.