We had a butchering day with my family yesterday. I vividly remember
butcher day as a child. I always wanted to take off school for butcher day. One day mom asked if I would rather go somewhere to stay or come with them to butchering day. I told her I'd rather come to the 'pig meetn' with them.
For years it was called the 'pig meetn'.

The older I got I did all I could to miss the 'pig meetn'. The strong smell and cutting up raw meat wasn't a real draw for me. What teenager doesn't
have more important things to do, ha. Now that I'm married I decided I'd participate in 'pig meetn' again so I could reap the benefits of fresh sausage, pon hoss and spending a day with the family. I guess that means I'm growing up.

I will step you through the process with photos. But please don't go by this to butcher a pig. I'm green behind the ears at this. I may have missed some important photos. 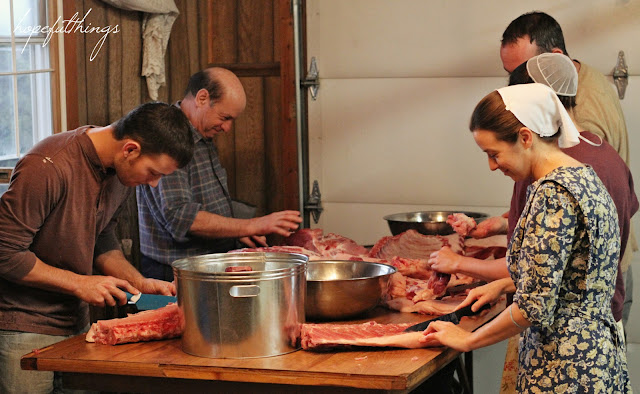 The pig was slaughtered by a local man and came to us in halves ready to butcher. Start cutting out the parts of the meat you want to keep- roasts, ribs, bacon and such. 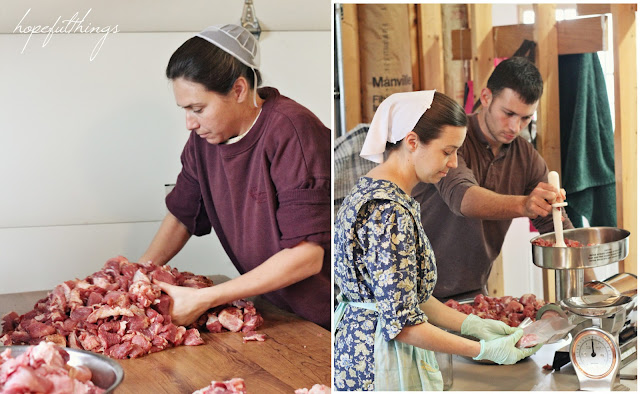 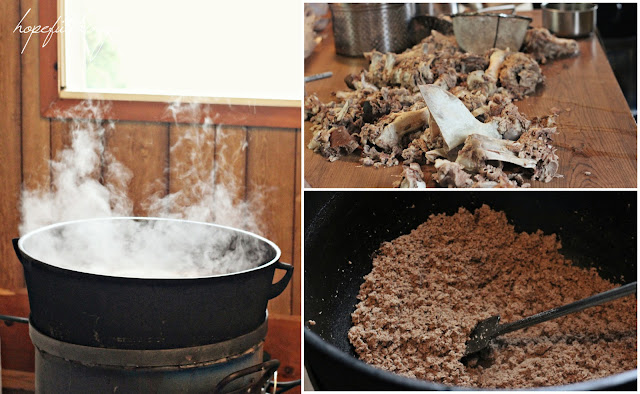 Trim the bones down as close as you can and throw them in a pot of boiling water too cook down for meat puddin which is made into pon hoss. 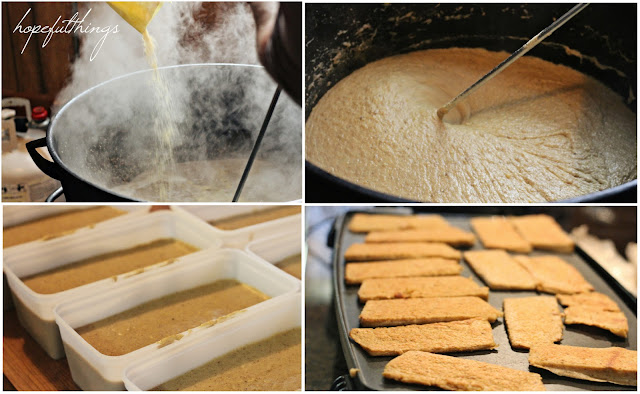 Once you pick the meat off the bones you cooked, run the cooked meat through a sausage grinder to make it fine. Brown the meat in the kettle and remove some meat puddin if you like. As a child I remember eating the meat puddin on cooked hominy with apple butter. Then add the broth that was made when you cooked the meat off the bones. Pour in corn meal, salt and pepper. Stir for 30 minutes with automatic paint stirrer. Of course it was new and just used for butchering. Then pour into loaf pans, once set, slice and fry on a hot griddle until crisp on both sides. We grew up putting King Syrup on our pon hoss, my husband puts mustard on his. What do you put on yours? 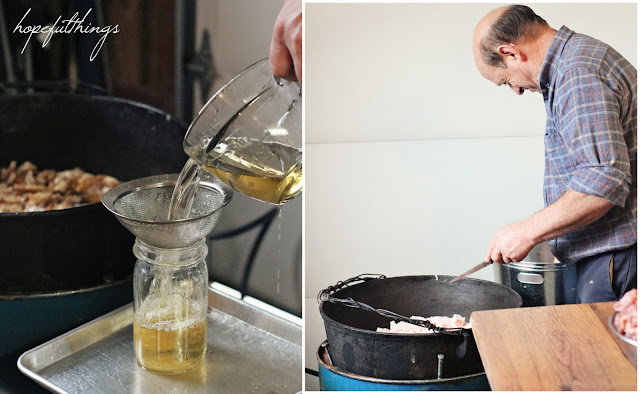 In another kettle add the fat you cut off the meat and cook it down until the liquid reaches 375 degrees. Then pour it into jars and once it's cooled you have lard. Some folks use a lard press to press more lard out of the cooked fat but we didn't. 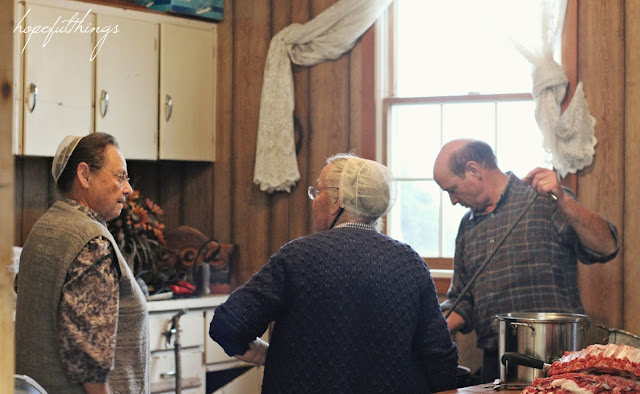 The Grandma's reminiscing on how much work it was to butcher back in their day before freezers. They had to can a lot of the meat after they butchered. 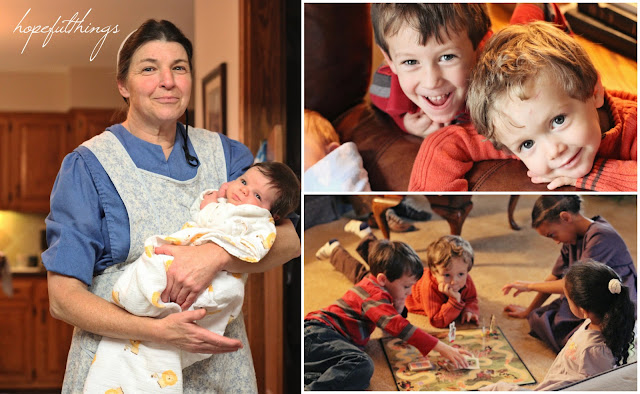 Mom and Dad butchered the day before so Mom was the cook and babysitter.

What a lovely day with family.
I'm glad I was a part of the 'pig meetn' this year.