Fall is here... chilly weather and clear, crisp skies.
Fall is my favorite season. Something about
the coolness after a hot summer is so refreshing.
Bring on the soup and apple recipes.
I have made apple dumplings
for quite a few years now.
I break out this recipe every fall
and have never tried any other recipe.
It's from dear Esther Shank,
I modify a few things, but her
recipe is simple and delicious. 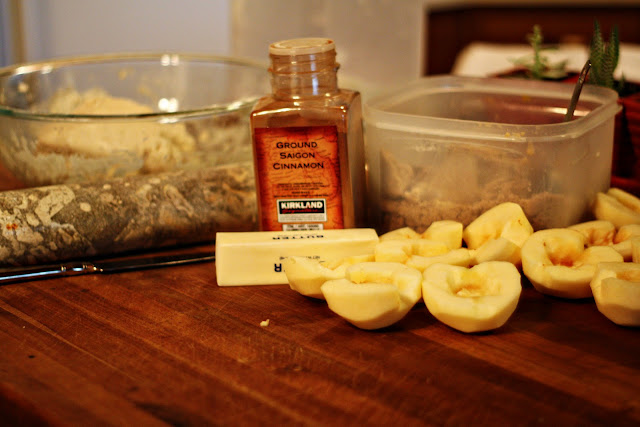 Ready to make a huge mess. I should have taken after photos. 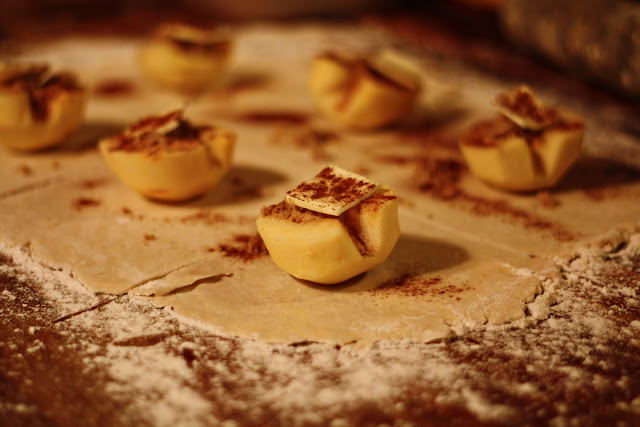 Lay apples on rolled out dough and cut around with a knife. 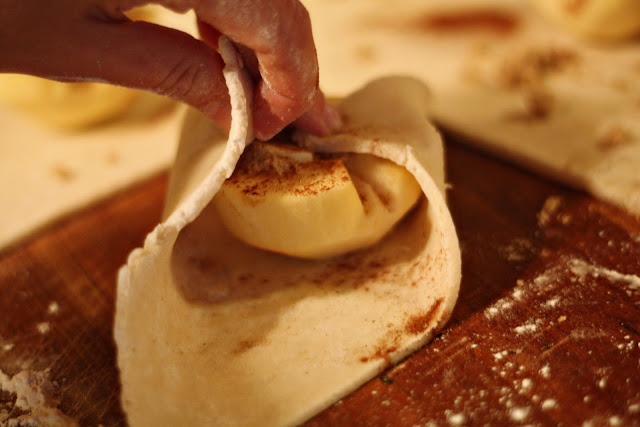 Cut square and fold centers together. 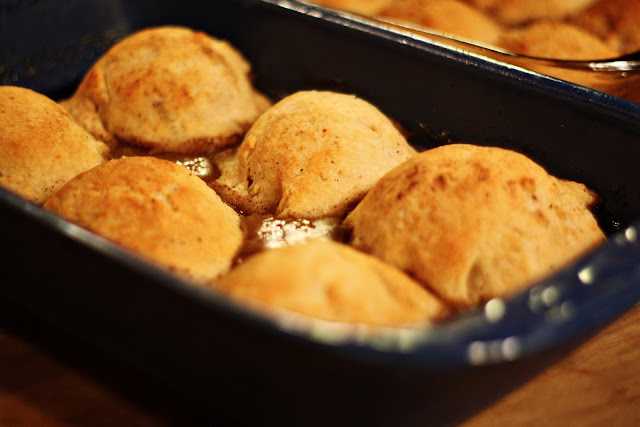 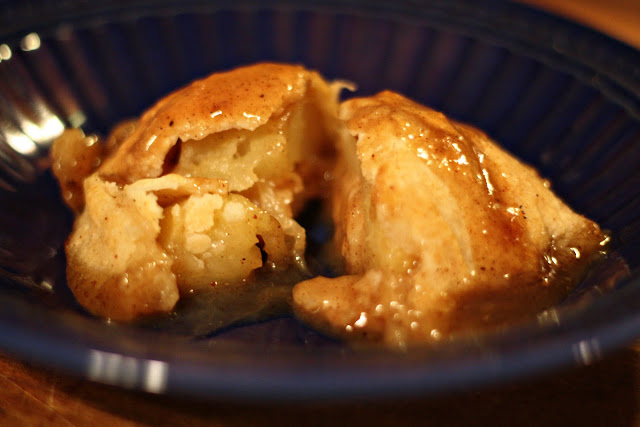 Mmmmm... find me some coffee.
Apple Dumplings
Dough:
4 cups flour
4 tsp. baking powder
2 tsp. salt
1 1/3 cup Crisco
1 cup milk
Mix together dry ingredients. Cut in Crisco with a fork. Then mix with
your hands until crumbly. Add milk and press into a ball. Set aside.
7 Gala apples, halved, peeled and cored
(I've tried other kinds, but Gala is the best.)
Divide dough in half. Roll out into a 14"x18" rectangle.
Arrange half of the apples on top of the dough and
cut around them with a knife. Just enough to cover
the apple. Cut one square and see if your guessing right.
Lay with the circle side down. Sprinkle each apple half
with a rounded tsp. of brown sugar, and a little
cinnamon. Top with a small slice of butter.
Fold ends to the center and pinch edges together.
Place in two 9x13 baking dishes.