Caribbean Shrimp and Chicken
Josh wanted to grill shrimp for dinner so I decided to try a new recipe.
I wanted something different from the same ol' sauce.
This sauce reminds me of something you would order at Red Lobster,
sweet but yet tangy with a pineapple flair.
(The recipe was for chicken wings, but who says you have
to follow everything to the letter in cooking?) 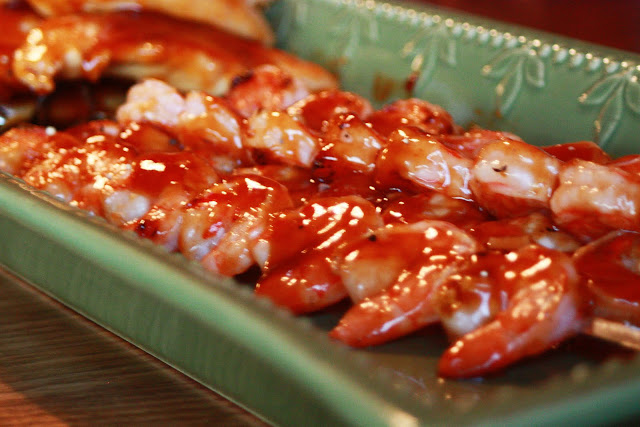 I brushed the shrimp and chicken with the sauce and let them sit until I was ready to grill. 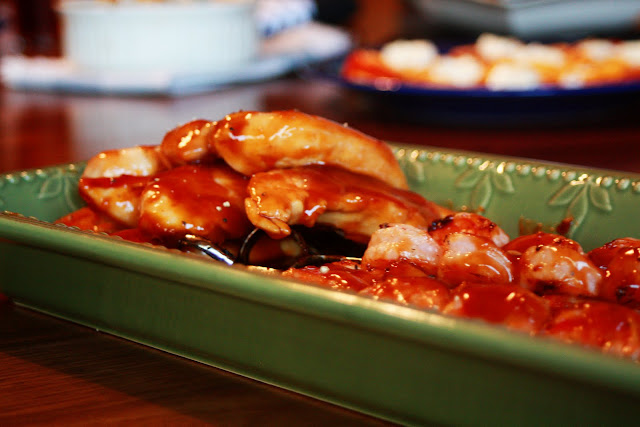 Then I decided the chicken tenders would get dry if I grilled them so I simmered them
in a skillet on medium heat. When they were close to done, I took off the lid and let
the sauce reduce to about half.  This made it thick and juicy. 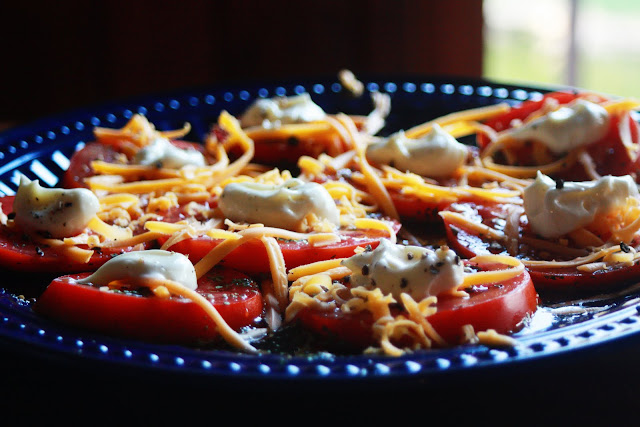 I was hungry for sliced tomatoes so I mixed together some vinegar and sugar and sprinkled in some garlic powder, parsley flakes, salt and pepper. Then I drizzled it over the slices and
topped with them grated cheese and a spoonful of mayo.
It is a real challenge for me to post recipes with measurements. I am a dump and pour cook
and never really measure things. So if you have questions just leave a comment and I will
be glad to try and help.
Caribbean Shrimp and Chicken
1/2 cup pineapple juice
1/2 cup ketchup
1/3 cup packed brown sugar
1/4 cup teriyaki sauce
1/4 cup honey
1 Tbsp vinegar
2 cloves of garlic, finely chopped
1 Tbsp corn starch
Mix together in a saucepan and cook until thickened.
Brush over meat before grilling and also baste while grilling.
I saved some extra sauce, heated it up and drizzled it over
the meat before serving.
Enjoy!
Hope
Posted by Hopeful at 10:24 AM