Any cream cheese icing lovers out there?
I love cream cheese icing but I am
not fond of most recipes that
call for 2 cups of 10x sugar
and a 1/2 cup of butter.
This is a recipe I make often from
memory and thought I would share
it with you. It does have a whole cup
of whipping cream but to me it's
a 'good fat' meaning it's not processed
to be kept fresh in a plastic tub for weeks.
Here is some Cool Whip education for you from Wikipedia:
Cool Whip Original is made of water, hydrogenated vegetable oil
(including coconut and palm oils), high fructose corn syrup, corn syrup,
skim milk,  light cream, and less than 2% sodium caseinate (a milk derivative),
natural and artificial flavor, xanthan and guar gums, polysorbate 60, sorbitan monostearate,
and beta carotene (as a coloring).[5] In some markets, such as Canada and the
United States, Cool Whip is available in an aerosol can using nitrous oxide
as a propellant. Cool Whip was formerly marketed as non-dairy, but in
Jewish dietary traditions, Cool Whip was classified as dairy rather than parve
(non-meat and non-dairy) because of the sodium caseinate (which is derived from milk).
Cool Whip now contains milk and cream.
Posted in Health, Health Archive
Hydrogenated Vegetable (or any) oil – In a nutshell, are transfats.
They lower HDL (good) cholesterol and an increase LDL (bad) cholesterol.
They are added to foods in order to make them solid at room temperature and to
extend their shelf life. The problem is they turn to sludge in your body for the same
reason, and transfats clog arteries and lead to high-blood pressure,
circulation problems, and heart attacks!
High fructose Corn Syrup – It extends the shelf life of processed foods and
is cheaper than sugar (that’s why it’s found everywhere). It’s basically made by
turning the natural glucose found in corn starch into fructose. Fructose contains no
enzymes, vitamins or minerals and robs the body of micronutrients in order
to be assimilated into the body. Glucose, a natural occurring sugar found in nature,
is easily digested by every cell in the body. But High fructose corn syrup is ONLY
digestible by the liver, and too much of it causes it to be expelled back out into the body.
Causing everything from gastrointestinal problems, to diahrrea. It also messes with
the liver’s ability to produce insulin properly! (Diabetes anyone?)
Sorbitan monostearate -  is basically a wax. Waxes are used as an emulsifying agents.
Sorbitan monostearate is also used in hemorrhoid creams, and creams to treat dry skin.
Polysorbate 60 – another type of emulsifying agent and member of the Sorbitan monostearate family that makes essential oils water soluble. Also found in lotions and creams.
Xantham Gum – a thickening agent and stabilizer derived from naturally occuring bacteria that functions similarly to gelatin in recipes, but it is completely vegan
Now back to the recipe... 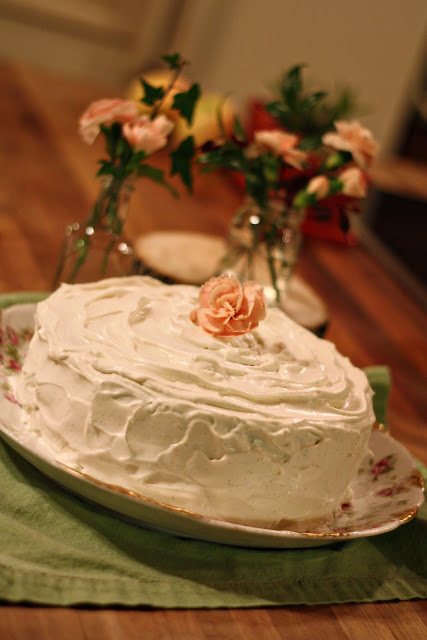 Whip cream into soft peaks. In another bowl beat cream cheese,
and 10x sugar. Beat until smooth. Add yogurt and vanilla.
Add to whipped cream and beat until combined.
This generously ices a 2 layer cake.
Refrigerate after icing.


Here are some rustic Valentine's Day or party ideas.
These flowers were for my sister, Faith's, birthday party. 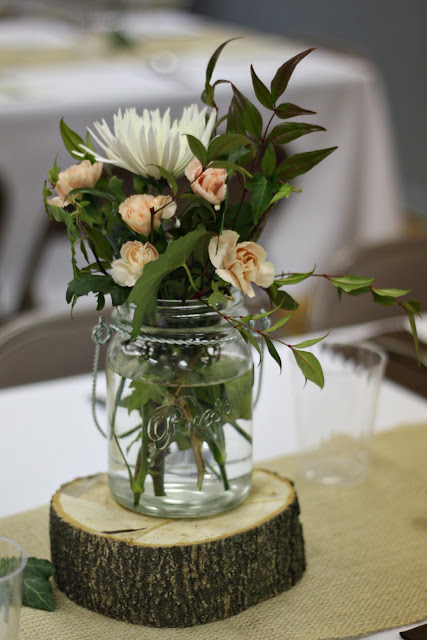 Another fire wood creation of mine.
If you get tired of it you can just throw it in the stove. 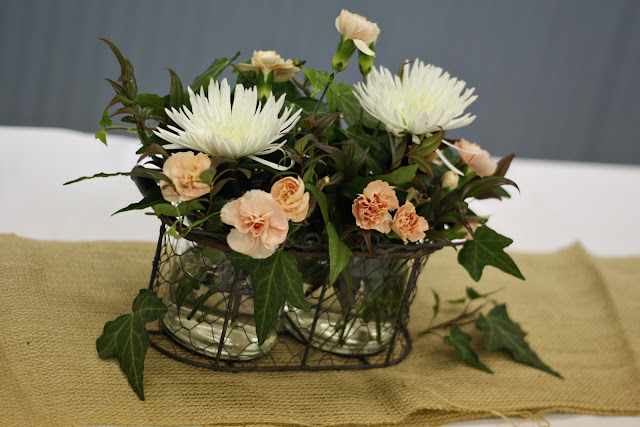 The basket was my gift to her. I love chicken wire baskets. 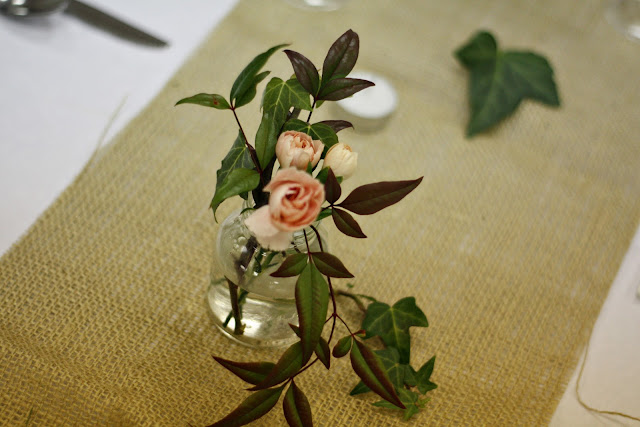 I collect old glass bottles from thrift stores for vases.

Email ThisBlogThis!Share to TwitterShare to FacebookShare to Pinterest
Labels: Icing